After years of anticipation and controversy, the Qatar World Cup is finally here. The tension has finally paid off, and the tournament is in its third week. Five significant teams are already gone. Many were surprised that Qatar, the host, was eliminated in the first week, along with the Canadian team. And last week, Ecuador, Iran, and Wales joined the eliminated party. But the ongoing World Cup differs from what we want to discuss in this article. We are here to celebrate the history of FIFA’s most anticipated competition. This article will rate the top 10 greatest finals in the FIFA World Cup of all time!

We just talked about Brazil’s 1998 blunder against France. So, let’s discuss the match and why we believe it ranks among the best. For one, it was France’s first-ever victory. More importantly, France was the host. So, the national team was under pressure. One of France’s best, Zinedine Zidane, was the standout player. However, after the match, it came out that Brazil’s star striker, Ronaldo, had been ill and couldn’t perform at his best.

In 2002, Korea and Japan served as joint hosts of the 17th iteration of FIFA’s World Cup. Germany and Brazil were the standout teams during the event, pushing themselves headfirst into the finals. The Brazilians were especially hungry for a victory, considering their 1998 blunder against France. And win they did. A spectacular game in which the Germans tried their most challenging, but Brazil wanted it just a bit more. The match is certainly worth revisiting.

Nowadays, Brazil is one of the most accomplished teams. However, in 1950 “the best” was not so cut and dry. However, it still came as quite a shock when Uruguay defeated the host team with a score of 2 – 1. To this day, the term Maracanaco (Maracana Smash) describes this historic match.

The 1954 World Cup in Switzerland saw West Germany and Hungary reaching the final stage. Germany won, and to this day, 1954 final remains “the Miracle of Bern.” Apart from that, the match has historical significance to Germany’s denazification and reclaiming of a national identity post-WW2. For that alone, it deserves a spot on this list.

France is the current defending champion, but the 2006 World Cup was quite different. The French and Italians raised hell at Olympiastadion. The match proper ended with a score of 1 – 1. However, Italy won in a penalty shoot-out, ending the game with a 5 – 3.

The 1986 World Cup in Mexico saw Argentina face off against West Germany in the final. The game had an attendance of 114,600 fans from all over the world, cheering on their favored team. While both gave it their all, Argentina came out on top, ending the game in quite a close call.

We are placing the inaugural match on the third spot of our list. The first-ever final belongs on this spot, not just because of the game itself but also the historical significance it has for the game. In 1930 the first-ever iteration of the World Cup took place in Montevideo. Uruguay and Argentina faced off in a heart-pumping match, which ended 4 – 2 in Uruguay’s favor.

From the 50s, we move on to the 60s. In 1966, England hosted one of the most memorable World Cups in history. The final played at Wembley saw the West German team play against the hosts. And with all odds against the Germans, it isn’t surprising that the game ended in a score of 4 – 2. The English team that won the 1966 World Cup went down in history as the “wingless wonders.”

In 1970, some of the greatest players in history backed the Brazilian team. Pele, Ronaldo, and Neymar are synonymous with Brazil, the World Cup, and even football. With an arsenal such as this, is it any surprise that the Brazilians dominated the Italians? The game ended with a 3-goal difference. The event is also notable, as it was the first time a player had won three World Cups. Pele is considered the bar-none greatest player today.

The best FIFA World Cup is always the latest one. Because it is always a lot more exciting to watch and bet on an ongoing event. Football has become much more popular, meaning fans can share the excitement with many more people. Not to mention, quite a lot more people are wondering how to bet on the FIFA World Cup, so indeed, the 2022 finals are an event to look forward to. The woman who took Prince Harry’s virginity came in front, said- Those 5 minutes of SEX…

Relationship Desk, Prince Harry's autobiography 'Spare' has become a topic of discussion ever since it hit the market. In this... 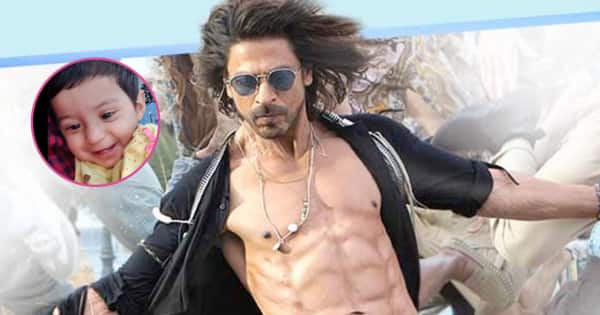