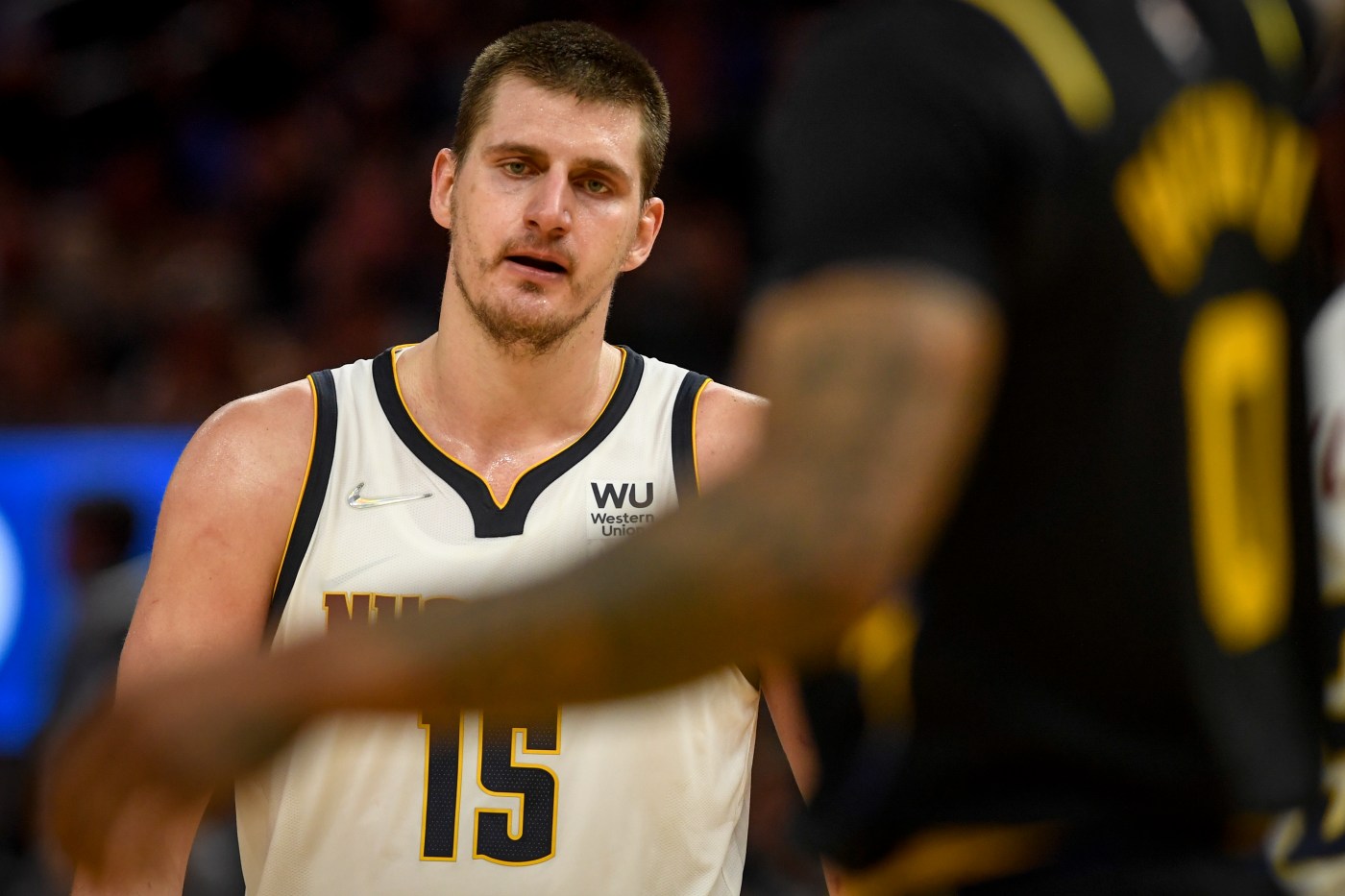 “Hand me a grape, bro,” Murray exhorted the NBA’s two-time reigning Most Valuable Player as soon as he’d noticed the small buffet to the appropriate of the stage on the entrance of the Nuggets’ interview room at Ball Arena.

The Joker had already crushed him to it, bouncing off the dais and surveying the wares earlier than hopping again up onto the stage with grapes in hand.

As for the Nuggets’ eight new gamers …

“Like that, Jok!” the Nuggets guard guffawed. “Yeah. Yeah. ‘Gadgets.’”

So, yeah. The Joker and the Blue Arrow’s give and go? Good to go.

Seriously, although, Nikola. About that 5-year, $264-million supermax deal …

“Like I said, I wanted to be the Tim Duncan of the Denver Nuggets,” Jokic stated throughout the group’s pre-training camp media day when requested about his historic extension.

Enough to retire right here? As a Nugget?

“I don’t want to say, ‘Yes,’ and then something happens, (Nuggets director of media relations) Nick (O’Hayre) throws something at me and I say I’m going to quit,” the MVP replied. “But that’s the goal.”

In phrases of group objectives he’s placing in entrance of his celebrity, Nuggets coach Michael Malone didn’t mince phrases. Better protection and a louder — persistently louder — voice from Jokic each within the locker room and within the huddle.

“Nikola and I have a relationship where we can talk openly and honestly to each other and I can challenge him about whatever he needs to be challenged on,” Malone stated Monday morning.

“And the factor that I feel, apart from being a greater defender (and) enhancing his 3-point taking pictures, is constant to discover a option to be snug along with his voice. Everybody is ready for him to say one thing. And when he does, it has a profound affect …

“I don’t want him to do my job. But I want our players taking more ownership. It’s their team. And I think Nikola is ready and poised to do that.”

“I think I need a little time to get back to speaking English,” Jokic cracked. “And then maybe I can be vocal a little bit more.”