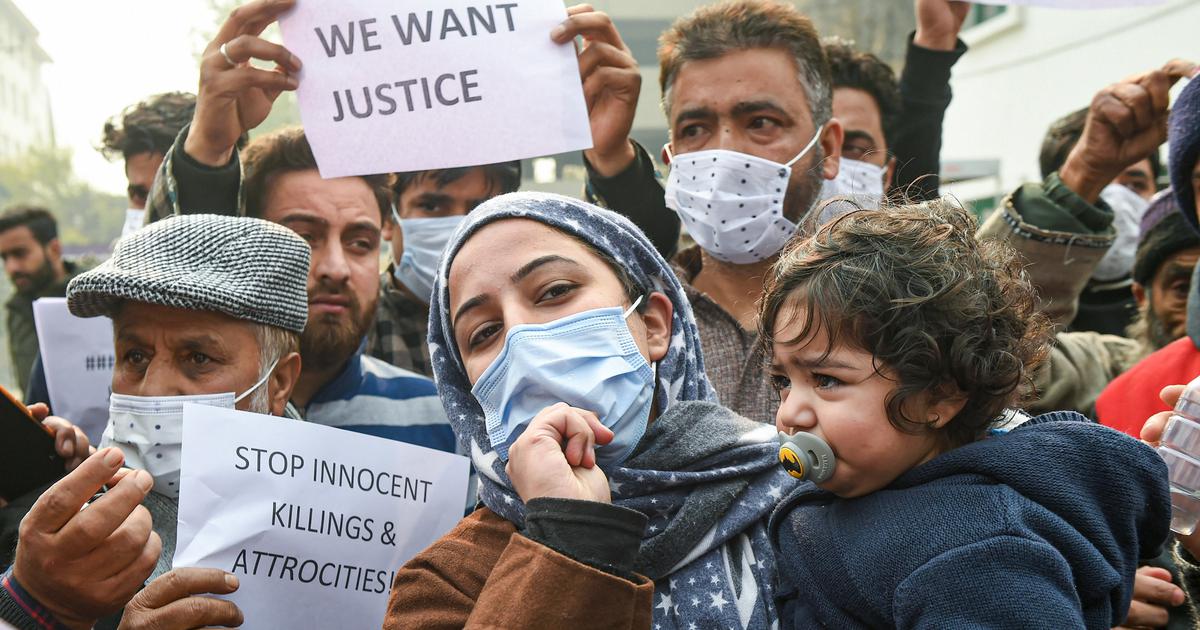 The Supreme Court on Monday dismissed a petition of Kashmiri resident Mohammed Latief Magrey, searching for handover of the physique of his son who was killed in a gunfight in Srinagar’s Hyderpora space in November, Live Law reported. The court docket stated that the federal government had given him a funeral in line with non secular rites.

Mohammad Amir Magrey was one of many 4 individuals killed in an operation by safety forces at a business advanced in Hyderpora on November 15. The police had recognized the 4 individuals as Pakistani militant Haider, {hardware} store proprietor Mohammad Altaf Bhat, dentist-turned-entrepreneur Mudasir Gul and Magrey, who labored at Gul’s workplace.

Their our bodies weren’t handed over to their households. On November 16, they have been buried by the authorities within the Wadder Payeen graveyard in Kupwara district, round 80 kilometres from Srinagar.

While the police claimed Amir Magrey was a militant, his household has maintained he was harmless.

Latief Magrey had moved the Jammu and Kashmir High Court in December, demanding that his son’s physique be returned to the household so {that a} burial may very well be accomplished in line with the rituals. However, in July, Magrey’s counsel Anand Grover stated that his consumer was not urgent for his son’s physique to be exhumed. He solely needed to carry out the final rites.

The High Court additionally requested the federal government to provide the household a compensation of Rs 5 lakh.

On Monday, a bench of Justices Surya Kant and JB Pardiwala reiterated the order in regards to the compensation. It additionally stated that the household should be allowed to wish on the website the place Amir Magrey was buried, Live Law reported.

“After a body has been buried, it is considered to be under the custody of law,” Pardiwala stated. “The interment is under the law of court. Once buried a body should not be disturbed. A court will not order the disinterment of a body unless it is shown that disinterment is in the interest of justice.”